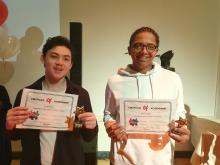 The Young Carers Development Trust would like to offer an enormous congratulations to two of our young carers Oliver Baker and Louis Pang, who both received awards at a wonderful evening put on by Alliance Living Carers Support on the 21st November. The whole evening centred around celebrating the achievements of their young carers, all of whom are phenomenal young people. It was very moving and superbly executed, from the music and dance performances by the young carers to the introductions of each young person receiving an award.

Oliver - received an award for his achievements in learning. Alliance Living Carers Support said this about Oliver: "Oliver is our second young carer to receive the Young Carers Development Award from this wonderful Trust. So far, four of our young carers have been lucky enough to be supported to achieve their dreams. Our winner tonight is about to embark on the second year of his four year-long-journey. We want to express our joy and recognition that he has fully embraced this opportunity. He and his mum said the support around learning has been life changing – we know Oliver will go on to achieve all of his ambitions."

Louis - received an 'aspirational award'. Alliance Living Carers Support had this to say about Louis: "Louis Pang shows such passion in his future goals, self-development and determination. Louis is an inspiration to us all as well as being funny, engaging and genuine wherever he goes."

We are very proud of all of our young carers and delighted to be able to highlight the achievements of these two.

The Young Carers Development Trust would like to offer an enormous congratulations to beneficiary Kerry McKenzie, whose many talents include Sessional Youth Worker Kerry McKenzie for Youth Action Wiltshire, who has received a special recognition award for her excellent achievements at the National Citizen Service (NCS) Awards 2018.

This summer, Kerry was a Team Leader for Youth Action Wiltshire helping to lead our NCS teams and has once again gone above and beyond in her work. Thanks to Kerry’s on-going commitment and determination for social justice and equality, she is a beacon of hope for the future generations. Kerry is a role model for all of our current Ambassadors and young people who are inspired to follow in her footsteps and everyone at Youth Action Wiltshire is incredibly proud of her.

Owing to her great achievements, Kerry was nominated for the NCS Graduate of the Year award this year and NCS have recognised her work and provided Kerry with a Special Recognition Award.

Kerry attended the NCS ceremony on Saturday the 1st of September held at Gloucester Cathedral. Kerry is now studying at Birmingham University, we wish her all the very best.

We were truly honoured and delighted to have over 100 people attend YCDT’s first fundraising gala dinner on the 7th September 2018. This eventful evening included a sumptuous 3 course meal, talks from young carers who have been beneficiaries of the Trust, auction with diverse items from football seats to sculpture and paintings and the night was rounded off by a performance from the Butterfly Theatre Company of Shakespearean snippets, all in a 16th Century tithe barn!

The evening was a huge success and raised well over £30,000, money which will go directly towards young carers. We are absolutely delighted with the event’s success and would like to thank all those involved including our donors, speakers, performers and everyone who made this wonderful event happen.

YCDT would like to offer it’s grateful thanks to the Bath Percent Club for choosing us to talk at the recent event in Bath Abbey on the 27th September. It was a wonderful location for Karina Eccles (Charity Manager), Eve Miller, Development Manager and our ambassador for the evening – young carer Alise – to speak in front of the club about YCDT, in particular our aims, achievements and the difference we make.

We are delighted that the Trustees of the Ray Harris Trust have agreed to support the work of YCDT for a further four years.  With these secured funds, we will be able to engage with more beneficiaries in the south west region and ensure that as many young carers as possible are given the opportunity to pursue their educational and training ambitions.   This funding partnership is vital to the sustainability of the charity. 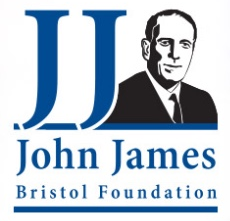 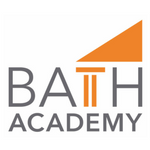